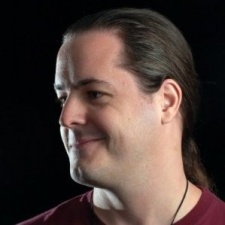 Developer and publisher Blizzard has said that its ties to China had nothing to do with pro-Hearthstone player Chung “Blitzchung” Ng Wai being banned from its esports competitions.

In a statement released late on Friday night, the company's president J Allen Brack (pictured) said the company didn't take issue with the specific pro-Hong Kong views Ng Wai expressed but that he took attention away from what the tournament was the reason for his initial 12-month ban from Hearthstone esports. The Blizzard boss said that it encourages its players to speak up with their world view, but an official tournament is not the place, it seems.

The firm has reduced Ng Wai's ban to just six months as well as giving the player his winnings which had also been confiscated. The commentators who were interviewing him after the game have also been suspended for six months as they failed to keep the conversation purely on the tournament.

Blizzard has said that in the future, it will be ensuring that these competitions remain about the game and "are not a platform for divisive social or political views."

Fears that Blizzard was giving in to Chinese pressure comes from local tech and entertainment giant Tencent owning around five per cent of Activision Blizzard, while Chinese firm NetEase acts as the Hearthstone maker's local publishing partner.

Blitzchung has released his own statement in the wake of Blizzard's, saying that he will be more careful with what views he expresses them and how. He also said he wasn't sure if he would be competing in Hearthstone esports again.

On a related note, Blizzard opted to publish this statement at 00:18 BST on Saturday, October 12th, or 19:18 EST and 16:18 PST on Friday, October 11th. Announcing something on a Friday afternoon is PR 101 for trying to bury a story, which is a bold move considering this was arguably the biggest stories in the games scene for the entire of last week, taking place the weekend prior.

Blizzard staff have protested the decision made last week, while the community is calling for a boycott of the games firm.