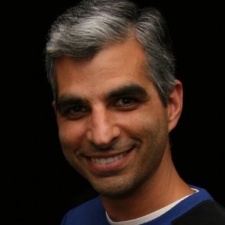 The Big M will be publicly testing its Project xCloud streaming tech in mid-October.

Microsoft revealed the news during its recently Inside Xbox event, saying that consumers in the US, UK and South Korea would be able to try out the streaming platform. Those are regions where the Big M has partners for the xCloud platform; in the US, it has teamed up with T-Mobile, while British network Vodafone is Microsoft's UK partner. The Xbox maker's South Korean pal is SK Telecom.

The trial will include just Halo 5, Gears 5, Sea of Thieves and Killer Instinct, which give a mix of different experiences the Big M is looking to test. Both sci-fi shooter Halo 5 and free-to-play brawler Killer Instinct will require a low-latency experience given they are quick-reflex games, while Gears 5 is somewhat slower and Sea of Thieves is arguably the most serene experience of the four. Those last two might also push what's possible in terms of graphical fidelity on the xCloud platform.

Right now the trial is limited to Android devices with users able to play via both WiFi and mobile data. Microsoft says that the requirements are 5GHz WiFi or a mobile download data connection of 10MB.

"Public preview is a critical phase in our multi-year ambition to deliver game streaming globally at the scale and quality of experience that the gaming community deserves and expects," CVP of Project xCloud Kareem Choudhry (pictured) said on Xbox Wire.

"It’s time to put Project xCloud to the test in a broader capacity, with a range of gamers, devices, network environments and real-world use-case scenarios, and this is where you come in. At Xbox, we’ve made it a priority to engage with all of you to help in the creation process. We now want you to play with us and share your feedback on Project xCloud so we can iterate and improve, week after week. Join us, have fun playing, share your stories and feedback, and be part of the journey."

EA is going to be trialling the streaming component of its Project Atlas initiative in the near future, too, announcing in mid-September that around 10,000 users would be able to take part in the technical test.