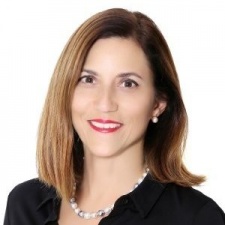 The amount of money generated by cloud games platforms in the Asian market alone is going to increase more than ten times in the next four years.

That's according to research conducted by Niko Partners for its Cloud Gaming in Asia report, which claims that such services will bring in $270m in 2019 - a figure that climbs to $3bn by the time we reached 2023.

That's a more generous estimate than has been given by fellow data and research company IHS Markit, which in May of this year said it reckons that the global cloud games market would be worth $2.5bn by 2023.

Furthermore, the number of gamers in this part of the world using cloud services will also increase astronomically, too. The Asia-centric analyst firm says that there will be 500m cloud games consumers in 2028 compared to just three million in 2019.

“Cloud gaming will be of tremendous benefit to gamers who will have access to a large number of high quality titles without the need for expensive hardware,” Niko Partners founder and managing partner Lisa Hanson said.

“Developers, publishers, and platforms all profit as well with greater reach and more ways to monetise, however the companies that own the most parts of the value chain from IP to infrastructure stand to benefit the most. And as with so many other sectors of gaming, Asia is leading the way.”

Report: China's PC gaming cafés might be in trouble after lockdown ends

Report: Cloud games sector could increase sixfold in value to $2.5bn by 2023