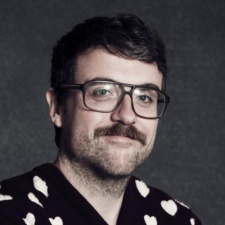 Another video games TV show could be on the way as the production company behind Peaky Blinders Tiger Aspect has optioned the rights for Foam Swords' Knights and Bikes as well as its book spin-off.

Tiger Aspect, part of Endemol Shine, is best known for the likes of Peaky Blinders, The Vicar of Dibley and Mr Bean.

"The energy, humour, and joy that continually bursts out of TV animation was a large inspiration in creating Knights and Bikes, not just in the way it looks but also in the themes and tone of the game," Foam Sword's Rex Crowle (pictured) said.

"It's a fantastically fun new development for us to be working with Tiger Aspect on a Knights and Bikes animated series."

The head of kids and family at Tiger Aspect Tom Beattie added: “Having been a huge fan of Rex and Moo’s previous games, it’s a no brainer for us to develop the world of Knights and Bikes as an animated series. With a funky female duo at its heart, a stunning world to explore and two brilliant books from Knights Of - we’re thrilled to be part of the adventure.”

We caught up with Foam Swords' Crowle and Moo Yu at the start of 2018 to find out more about the Kickstarter title, which launched in August 2019.

PGC Digital: Interactive streaming is the future of gaming