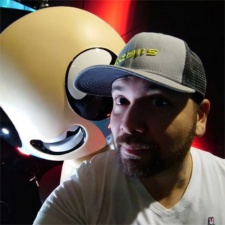 In a report by Kotaku, Rodriguez’s behaviour is described as controlling and exploitative. Logs were provided to the site demonstrating the exec’s use of poor language such as racial and ableist slurs, jokes and anti-semitic comments.

One former employee claims that Rodriguez forced them to drink, belittling anyone who refused to take part. Another previous staff member revealed the exec used to make fun of his weight, while others say that the Nicalis boss would monitor their Twitter accounts and them how to act.

According to another former employee, the company has no HR. Instead, the staff were expected to make complaints to Rodriguez himself.

Besides allegations of using questionable behaviour with his staff, Rodriguez is accused of not responding to developers after agreeing to work with them. One of these companies is The Game Bakers, who contacted the Binding of Issac publisher in regards to porting Furi to Nintendo Switch.

“We sent the project, they evaluated the cost, sent a first contract draft that we sent back with changes,” said The Game Bakers co-founder Audrey Leprince in an email to Kotaku.

“But then they started ghosting us. Not answering emails, Skype calls. We waited three weeks, tried to contact them several times. Finally, they answered that they were sorry and would send us a mail the next week.

“Time passed. We were going at E3 (they were there), offered to see them there. We reminded them how acting fast was important. So eventually we sent a message saying the deal was off considering the communication breakdown.”

Kotaku heard back from the publisher, which insists it’s a company where the staff is treated with respect.

“We do not condone abusive workplace environments or discrimination and have people from all walks of life. We hope for the continued success of our internal team and our external developers,” said a representative for Nicalis.

“Regarding the companies under mutual NDA with Nicalis, Devolver (publisher of Enter the Gungeon) and The Game Bakers (developer of Furi), we can only comment that we do not have any signed publishing agreements with them and never have.”