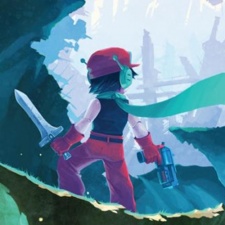 Indie publisher Nicalis has issued a DMCA strike against a number of projects related to its title Cave Story.

A DMCA takedown notice was filed on the GitHub page for Cave Story Engine 2, with Nicalis claiming that the project used source code from its versions of Cave Story. The title was originally released for free back in 2004 – developed by Daisuke "Pixel" Amaya – while Nicalis helped bring Cave Story to other platforms, including Nintendo's DS and Wii consoles and Steam.

When the news first broke, there was some speculation about whether Nicalis owned the source code to the original Cave Story. Speaking to Nintendo Life, Cave Story Engine 2 developer Ema said this seems to be the case.

"To the best of our knowledge, Nicalis in fact owns the Cave Story IP," they wrote.

"We have no reason to believe that this DMCA takedown is illegitimate in any way. While there can be fair use exceptions for decompilations like CSE2, the burden of proof rests on the project, not on the copyright holder.

"Nicalis has a history of being very supportive to the modding community. At this point, we don't suspect any ill will. We are approaching Nicalis in an attempt to clear up this misunderstanding."