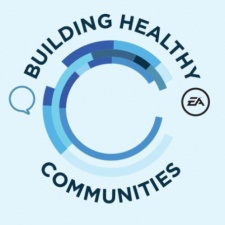 Publishing giant EA has once again been meeting with members of the games community to try and curb toxicity.

As revealed on EA's website, the American firm held a meeting for the Healthy Communities Player Council at last month’s Gamescom, the publisher's first at the event. This is a group of gamers teaming up with the publisher to tackle cruel behaviour in online titles.

The council follows EA's summit about tackling bullying and harassment in games at E3 earlier this year.

The publishing giant discussed its efforts and what it plans to do, including updating the harassment report tool and updated toxicity escalation procedures, while members of the games community shared their insights into how it should tackle the negative behaviours and attitudes they have encountered.

Suggestions included a two-factor authentication for EA accounts - both increasing security and making it difficult for banned players to create a new account. Players asked to be alerted if a report filed is acted upon, and for the implementation of an AI to moderate chats.

"All of us at EA are committed to doing everything we can to help reduce—and hopefully begin to eliminate - online toxicity," said EA in the blog update.

EA isn't the only games company struggling with toxic players invading its online games. Blizzard has had its troubles with disruptive players. The company has gone to great lengths to rid Overwatch of toxicity.

A strike team was formed in an attempt to clear out the vile players. Besides this Blizzard has begun halting matches should cheating be detected.