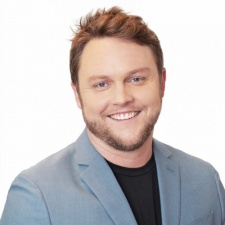 That’s according to an interview with GamesBeat, in which MWMi said that is still focused on VR as well as titles for other platforms.

Creature in the Well, developed by Flight School Studio, is the first title MWMi will be publishing. It's being released tomorrow for PC and consoles.

With its new venture, MWM Immersive is rebranding as Madison Wells Media Interactive.

MWM previously focused on VR experiences such as Chained: A Victorian Nightmare, War Remains and IS working on Groundhog Day: Like Father Like Son with Sony Pictures Entertainment.

Due to this change of direction, there have been some alterations to the company’s management team.the expansion. Ethan Stearns (pictured) is now the executive vice president for content, while Alyssa Padia, the division's co-lead is taking on the role of senior vice president.

"I like to think of it as expanding. We just signed another VR title. We are still focused on VR," said Stearns.

"But as a company focused on empowering storytellers and being able to make media content across any type of platform, we realized that it was limiting for us to only be making interactive content for virtual reality platforms.

"We have the opportunity to make a lot of different types of content and reach more a larger audience of people."