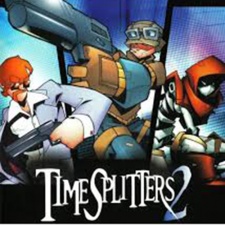 In a video update for the game (below), the team said that the TimeSplitters intellectual property changing hands last year has "not affected development in any way."

As a result, it's likely that there's a brand new TimeSplitters game in the works, something that is made more apparent by one of the franchise's original developers Steve Ellis joining Deep Silver.

It's common for big publishers to not want fan projects for its IP in circulation - especially when those franchises are in active development - and for companies to issue cease and desist orders to halt them. One example was fan-made game Another Metroid 2 Remake (AM2R), which Nintendo tried to stop, in part because it was it had an official Metroid 2 remake called Samus Returns, which launched in 2017.