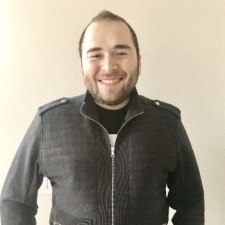 In 2018, games communications platform Discord announced a new storefront for developers but earlier this year, the firm ditched this, choosing to let studios sell directly to consumers.

Speaking to PCGamesInsider.biz, CTO Stanislav Vishnevskiy said that this was based on developers wanting a closer relationship with their fan base. As a result, Discord made changes to the way that official servers work to let consumers buy games via them.

"After seeing how people use Discord and listening to user feedback, we learned that commerce in official Discord servers is how people want to get their content on Discord," he said.

"For players, finding and buying games now happens in the servers where they know they are connecting with the people making the games they are buying and playing

"Secondly, we learned that developers wanted more agency over their monetisation and less friction between their community and their commerce. So, we evolved verified servers and built better tools for them to create more robust community experiences for their superfans in the server. For example, we’re excited to see indie developers like Crema Games launch a pre-order via their verified server on Discord to engage their users around the upcoming launch of the hotly anticipated game Temtem."