Pole To Win sets up shop in Montreal 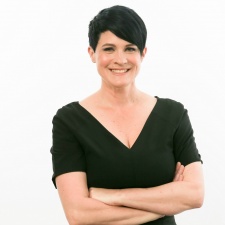 This new location will offer quality assurance, customer service, engineering and translation services for over 30 languages, with Pole to Win saying that there’s a growing need for such an offering in the North American games market.

The Montreal site is at the heart of Canada’s video game hub. The video game industry in Canada has seen a 42 per cent increase in companies since 2015 according to a report.

“We heartily welcome Pole to Win to Montréal, which will support our entire video games ecosystem,” Bolduc said.

“The Québec video game industry has experienced a phenomenal 42 per cent growth in the number of companies since 2015. The world's largest video games producers have successively chosen the city for its creative, vibrant and artistic culture, making it the fifth-largest global hub and the top Canadian video game centre.”

Pole To Win North American boss Kasturi Rangan added: “Montreal is the largest video games hub in Canada and we believe our expertise lends itself to the ongoing growth the region will see moving forward. In addition, we have witnessed the ever-increasing innovation and development from the tech industry in Montreal. These two factors were the driving force behind our decision to expand our presence – it was an easy decision for the PTW team.”

Finally, the company’s CEO Deborah Kirkham (pictured) said: “We have seen massive growth across multiple verticals in the past few years and while our history is rooted in gaming, we continue to expand into new, ground-breaking verticals to meet the demand of our customers and partners. For example, we have recorded 22 million words in an impressive 37 languages and worked with four of the top 10 technology companies in North America alone. We not only help our clients deliver their stories, we connect and bring fun to the world. Add to that our ever-expanding global footprint and you have the whole picture of our breadth and depth as a company.”