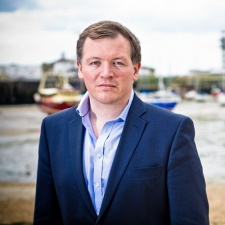 The Department for Digital, Culture, Media and Sport's select committee has been looking into the possibility of technology having a negative influence on its users.

The investigation was announced in December 2018 and is being chaired by Damian Collins (pictured) with the latest session taking place just yesterday, in which FIFA giant Electronic Arts and Fortnite firm Epic Games were grilled by members of the British Government.

"The inquiry will examine the development of immersive technologies such as virtual and augmented reality, and the potential impact these could have in the worlds of sport, entertainment and news," DCMS said in describing the scope of the investigation.

"The inquiry will also look at how the addictive nature of some technologies can affect users’ engagement with gaming and social media, particularly amongst younger people."

The next hearing is on June 26th, with King, the British Esports Association and the Video Standards Council as well as trade bodies UKIE and TIGA in the hot seats.

Here are six things we learnt watching EA and Epic's time in the spotlight.