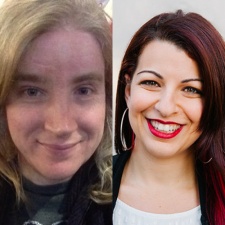 There's been a dip in the percentage of video games shown at E3 conferences featuring female protagonists this year.

The duo claims that just six of 126 titles shown at the LA trade show had female protagonists. That's five per cent, a three per cent dip year-on-year.

It's not quite as bad as it sounds, however, with two-thirds of titles shown at E3 2019 featuring multiple gender options for game protagonists. That's a 16 per cent increase from 2018's 50 per cent. Likely as a result, the percentage of male protagonists dipped four per cent year-on-year to 21 per cent at E3 2019.

"Of the 126 games we tallied from the E3 events held by Microsoft, Nintendo, Bethesda, Ubisoft, Square Enix, and EA, as well as the annual PC Gaming Show, a paltry six centered exclusively female protagonists, while almost five times as many, 28, centred male characters," Petit and Sarkeesian wrote.

"(When you consider that we place role-playing games in which you control a party of heroes in our “multiple options” category, the numbers are even more dire, since a significant number of these games, including the Final Fantasy VII remake, Final Fantasy VIII, Dragon Quest XI, The Last Remnant Remastered, and others, clearly center male heroes.)

"It’s true that the number of games in which you either control characters of different genders or get to choose the gender of your hero character significantly outstrip those with established male or female protagonists. And of course, as a general trend, the freedom to choose or create your own character is a welcome one. However, it’s fundamentally different from being asked by a game to take on the role and experiences of a specific character. A male player who is more comfortable with experiences that centre men can and will simply play as men in games that offer him the choice. On the other hand, every player who comes to a game such as Wolfenstein: Youngblood must step into the shoes of a female character in order to play."

You can check out what we thought the big trends from this year's E3 were here, and if you want to see our coverage of 2019's LA trade show, that's here.