Oculus' Rubin: "We believe in the PC marketplace" 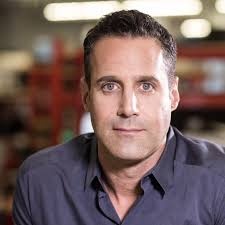 Speaking to UploadVR, the industry vet was asked about users trying to get their wireless Quest headsets to work with their PCs. Rubin went on to say that Oculus needs experimentation for VR to grow as a medium and the PC sector is where this happens.

"We believe in the PC marketplace for a lot of reasons," he said.

"Not the least of which is that the PC audience is willing to experiment and VR needs experimentation when it comes to software development. As a developer, I need the PC to feed the best quality ideas after consumers have vetted them to the more console-like audience that wants high quality, polished, large titles and not demoware in a more console-like universe. So those two systems have to both survive. And in that world it would be nice to build only one hardware but right now the solutions you’re seeing, hacking wise, yeah they work — yeah you can send a screen from one place to another, great — experience-wise, not very good.

"So until we, Oculus, can get the quality level to a point where we believe its good enough, um, we won’t launch it. And just keep in mind, like, how hard we worked so that people would say there is a difference perhaps between the Echo Arena pro esport player, with regards to inside out tracking and Rift tracking and that’s the line we’re drawing — not “the tracking’s not as good on Quest” right, like, we have an extremely high bar for quality and we won’t release something until the quality is there. We’d love to have one device that does PC and mobile, absolutely, we would love to have that, but the quality has to be there."

At GDC, PCGamesInsider.biz briefly spoke to Rubin and Oculus co-founder Nate Mitchell about whether Facebook's awful 2018 had affected the company's virtual reality business at all - the two execs insist the bad press hasn't impacted the future of VR.