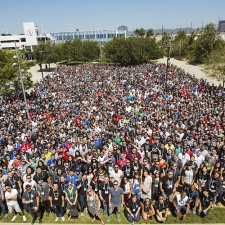 The Department of Fair Employment and Housing (DFEH) in California has insisted that Riot Games "withheld critical information" as part of an investigation into gender pay discrimination at the League of Legends maker.

In a statement to PCGamesInsider.biz, the state employment body said that it doesn't have the information necessary to complete its investigation into the games studio, which has been in the spotlight since last year following a damning exposé into its working culture.

DFEH published a press release last week saying that it had filed for an investigation enforcement suit to make sure it got the information it needed; in a follow-up statement, Riot Games said that it had been fully co-operating with DFEH.

Pressed by PCGamesInsider.biz as to whether Riot had been complying but not to the full degree DFEH had hoped for, or if the company had been holding up the investigation altogether, the Department of Fair Employment and Housing sent over the below statement:

“In the gender discrimination investigation, Riot Games has withheld critical information from the DFEH that is necessary to determine whether pay discrimination exists at the company.

"Riot Games has withheld this critical information from the government at the same time it has issued a public diversity and inclusion commitment on its website that the company will 'finish our full pay equity analysis' by July 2019.“