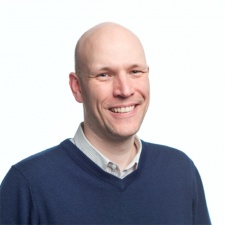 That's according to the studio's chief product officer Rob Bartholomew, who told GamesIndustry.biz that this had been driven largely by the Chinese games market. Strategy games are already popular in this part of the world; a factor that when combined with Three Kingdoms' retelling of Chinese history is likely a lucrative combination.

"We have always done really well, since Rome II, on our pre-order numbers," Bartholomew said.

"I am really pleased to say that Total War: Three Kingdoms has had the highest pre-orders of any Total War to-date. And that's down to the great reviews we've had, which has certainly spiked interest, but it has been trending up for quite a long time now."

He continued: "China as a market – as you might imagine – has kind-of gone crazy for us. A huge part of our pre-order population has been those Chinese fans, who either played and like Total War already and are excited for the subject matter, or it's a whole new audience of Chinese fans coming to the franchise for the first time."

"Certainly Korea and China in particular... we have seen them grow as markets over the last few years we have released titles. We know that Steam is growing significantly in those territories, and Steam is obviously a really important partner for us. We tend to grow when Steam grows. But China, in particular, has dramatically moved up through the market share rankings for our titles over the last four or five years. We're now at a point where China is absolutely the most major market for Three Kingdoms. And it's definitely hovering around in that Top Six collection of territories that we have for all of our games that we're selling at the moment.

"We know that Total War has had a big following in China for a great many years. It's just now that we're starting to reach those guys with our products, and they're putting money down and engaging with us much more. With Three Kingdom, that Romance of the Three Kingdoms subject matter is obviously doing a lot to help us along with that."

We caught up with senior gameplay designer Dominique Starr and narrative designer Pete Stewart at Gamescom 2018 to discuss why Total War was finally giving Chinese history a go.