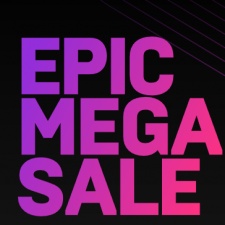 Epic’s first sales event is doing its best not to eat into developer margins.

Echoing Steam’s long tradition of sales events, Epic’s first store-wide discount, the Epic Mega Sale, cuts up to 75 per cent across its catalogue with an additional $10 off all games over $14.99.

In a blog post, Epic claims that this $10 discount comes “at no cost to the developer or publisher”, suggesting that the Store itself is taking the hit.

This fits alongside the company’s developer-first philosophy that also saw the Epic Games Store take a lower revenue share than other digital stores.

Finally, Epic will also refund $10 to buyers who picked up a game just before the sale kicked off (any time between May 2nd and 19th). The discount also applies to pre-purchase on games that aren’t out yet, effectively making all pre-orders prior to the end of the sale $10 off.

Between subsidising sales and continuing to snap up exclusives, Epic clearly has money to burn on pushing its new store. The Epic Mega Sale ends on June 19th.