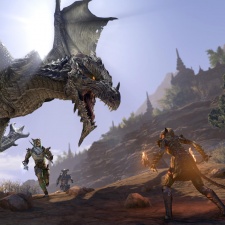 A tabletop Elder Scrolls adventure has been pulled after being accused of plagiarising a Dungeons and Dragons module from 2016.

Elsweyr, a pen-and-paper promo adventure for the upcoming Elder Scrolls Online expansion of the same name, was released and subsequently taken down earlier this week. While The Elder Scrolls as a setting has a little D&D in its DNA already, hawk-eyed fans found that Elsweyr was taking more than its fair share from Wizards of the Coasts’ setting.

Everything from the setup and scenarios to entire paragraphs of text appear to have been lifted straight from The Black Road, an official Dungeons and Dragons scenario created by Ben Heisler and Paige Leitman and released in 2016.

Heisler and Leitman were quick to notice, with the latter calling out the publisher on a now-deleted Facebook announcement while the former took his grievance to Twitter.

It’s a surreal day when a top tier gaming company steals your shit, I assure you #dnd #dndal @bethesda https://t.co/FvNvgEDKPw

Bethesda has since stated that it is looking into the source of this issue, removing public-facing access. For a few days, the dropbox assets were still available via direct link, but that too has now been locked down.

It’s an embarrassing turn for what should have been a charming little promo piece for the MMORPG’s next expansion, due next month.