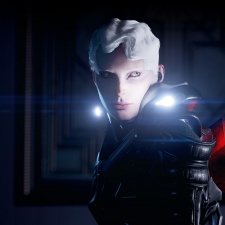 Copenhagen-based studio Ultra Ultra revealed it has “ceased to exist” this week.

The developer's sole release was sci-fi stealth puzzler Echo. Despite a striking look and critical acclaim, it looks like Echo failed to sustain the studio through another project. In a tweet yesterday (below), the studio affirmed that the game will remain on sale, despite its developer being defunct.

We’re terribly sad to report that Ultra Ultra has ceased to exist. We are grateful to have had the chance to crystallize something truly from the heart. ECHO will remain available on stores.

There’s one silver lining, however. Echo had previously been optioned for a film adaptation penned by John Wick writer Derek Kolstad, reported Deadline in January.

The studio confirmed the film production is still proceeding as planned in a follow-up tweet, telling a fan: "Yes, the film is still in the works."

Ultra Ultra opened its doors in 2017, launching Echo in September of that year. Formed of veterans of Hitman developer IO Interactive, CEO and game director Martin Emborg told us that, while indie was certainly going to be a challenge, he hoped there would be “many Ultra Ultra games in future.”

Good luck to all employees affected by the company closure.

"Hopefully there will be many Ultra Ultra games in the future"