"Hopefully there will be many Ultra Ultra games in the future" 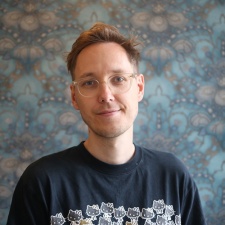 Set up by veterans of IO Interactive, Ultra Ultra is an eight-man indie studio based in Denmark’s Copenhagen that wants to make 'haute culture' titles.

CEO and game director Martin Emborg worked at the Hitman maker for a decade, and says he learnt a lot from his time in triple-A development – but wanted to strike out on his own.

“I got to try my hand at many of the disciplines involved in creating a game, and I really consider it an extra education,” he tells PCGamesInsider.biz.

“But at some point, you have to look yourself in the eye, and decide whether you are content staying in your seat, or if you're going to try and build something of your own. The idea that would become Echo had been rummaging around in the back of our heads - Christel, who is the writer and producer at Ultra Ultra, and mine.

“And so it started to take shape. We were lucky enough to be able to gather a team of great people, mostly friends who had left IO-Interactive, and friends of friends.”

“Creatively it's a liberation, but logistically it's a lot of extra work,” he says.

“When you're used to having HR, PR, QA etc do all their various work without you noticing, it's suddenly a lot of extra responsibility that needs to be dealt with. That is really the biggest difference. Unreal Engine 4 enabled us to work with a triple-A engine from Day One, so we never felt that we were any worse off in that respect.”

The team hasn’t been messing around either. Ultra Ultra’s first project, Echo, is an ambitious title that sees enemies adapting to a user’s play style. If a gamer is more stealthy, then the enemies will be, too.

“When we started Ultra Ultra we set out to deliver meaningful experiences not found in the real world, and I guess Echo is our best attempt at doing that so far,” Emborg says.

“Many of my biggest experiences personally are of that kind, from either games, books or film, and we would consider it a privilege to be able to enrich peoples existence even a little bit.”

He continues, when asked about the changing gameplay dynamic: “In many ways, the most interesting component of any game is the player, and so we wanted to put that component front and centre.”

Merchandise based on indie games isn’t exactly a new thing, but companies landing deals like this before their IP has even launched is certainly a head turner.

“We both believe that we can make some unique things,” Emborg explains.

“Many of which will exist in their own right, with the Echo universe merely adding an extra dimension of storytelling. But of course there's also the more straight merchandise stuff, and I think that is something that will become more and more relevant as games are increasingly only found online.”

The title is set to launch later this month, with Emborg saying that this is hopefully the first of many titles from the developer.

“Beyond just wanting to make a good game that people will enjoy, we also hope that Echo will be profitable enough to allow us to keep doing what we love,” he says.

“This is the first attempt, but hopefully there will be many games in the future for Ultra Ultra.”

Ultra Ultra was also featured as one of PCGamesInsider.biz's Top 20 Developers to Watch in August of this year