Ubisoft and Genba team up to tackle grey market keys 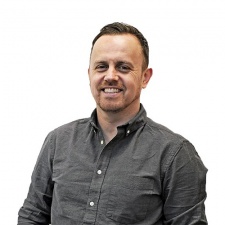 French publishing giant Ubisoft has partnered up with UK tech company Genba for a process to halt the grey market for keys.

The duo has come up with what they are calling silent key activation (SKA), with Genba CEO Matt Murphy (pictured) telling GamesIndustry.biz that retailers will only be able to have access to a key once a sale has been recorded for the sale prior. This stops people buying game keys in huge quantities from regions where they are cheap - such as Eastern Europe and Russia - and selling them on other platforms.

Ubisoft has even said it will not be selling games via stores that aren't willing to employ SKA.

"That gives the publishers control of how their products are distributed, rather than the old fashioned way: throwing a big Excel spreadsheet of keycodes to e-tailers and asking them to declare their sales," Murphy said.

"Silent key activation doesn't pass on the key to the e-tailer or, as a consequence, the end user. It stays with Genba. We take a number of keys off Ubisoft for a game like Assassin's Creed Odyssey and we'll set on that keybank.

"If someone goes on a website like Fanstical and buys a Ubisoft product, it will take them through the checkout process, then ask you to enter your UPlay account -- if you don't have one, it asks you to set one up. The game is then automatically activated in UPlay. Fanatical doesn't get a key, and neither does the player. They just log into UPlay and the game is there, as if they bought it from the UPlay Store.

"It's preventing keys being bandied around the market, so they can't be resold. I suppose you could sell your account, but they'd pick up on that and that's a very messy way of reselling games."

Key reselling has long been a complaint from publishers. While it's good for consumers, who are able to find low prices for titles, for games companies it presents something of an issue. If a publisher sells several million copies of a game in one region - say Russia - they may assume that they're seeing success and increase marketing spend to capitalise on that... only for it to transpire that people have been selling keys on to other regions for profit.

To pick one recent example where this may have been the case, Japanese pre-orders for Sekiro: Shadows Die Twice appeared in the Steam Top Ten weeks after the game's launch, potentially the result of consumers turning to third-party marketplaces to snap up From Software and Activision's new release for a lower price.