Publishers want to see that Google is committed to Stadia, CEO Pichai says 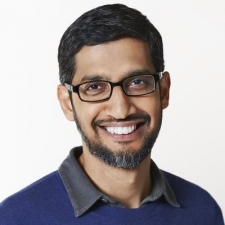 Games publishers are eager to see whether Google is actually dedicated to its new Stadia streaming business.

That's according to the search and software giant's CEO Sundar Pichai, who was asked about the company's conversations with PC and console publishers by Credit Suisse's Stephen Ju in a call with investors.

"We see genuine excitement, because I think, they see the opportunity for a shift, a point of inflection, but they realised the technical challenge of pulling something like this off. And so, but once they get their hands on with the technology and then they see the experience, I think, completely wins people over," Pichai said, as transcribed by Seeking Alpha.

"And so we are having conversations across the board and I think people are definitely engaging in a very committed way and they are investing in it and so it’s up to us to bring it all together and have a compelling service later this year and that’s what the team has had done working on.

"But I think, not pushback per se, but they want to see our commitment, which is what we demonstrate and they are working hard to make the investments on their side. And so it’s a big joint effort and it’s working well."

Google's long-anticipated games platform was announced at GDC this year, with the company showing off the tech powering Stadia and failing to address some key points.

Subsequent interviews were light on additional details, despite journalists pressing execs from the search giant for further information. Games boss and Microsoft and Sony vet Phil Harrison did say, however, that Stadia isn't going to go the way of Google's failed Plus social network.

In lieu of any information from Google on its Stadia platform, PCGamesInsider.biz decided to go behind the scenes on who is actually working on the tech thanks to the power of LinkedIn.