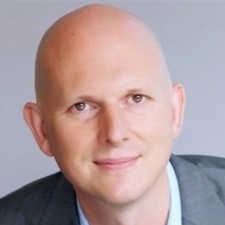 The computing giant announced its cloud gaming platform Stadia during a heavily-promoted conference presentation at GDC last night. But while Google’s take on a long-tried premise shows some promise, many left the presentation with huge, unanswered questions.

A common concern is whether Google itself will even show this sort of enthusiasm a year or two down the line. In an interview with Kotaku, the firm reasserted that Stadia won’t go the way of Google+ (or Google Reader, or Inbox by Gmail, or so many other abandoned projects).

“I understand the concern,” said Phil Harrison, who unveiled Stadia last night. “But I think that all you have to do is look at the level of investment that we have made and continue to make in Stadia. This is not a trivial project by any means.”

“This is a very, very significant cross-company effort that isn’t just my team, but it’s also across YouTube, it’s across our technical infrastructure and networking team. It represents thousands of people who are working on this business.”

Harrison also answered a couple of unanswered questions missing from the presentation. At present, the service will require internet speeds of 25Mbps for 60fps 1080p gameplay. But any sign of a launch date boiled down to “summer”, and questions of price won’t be answered until that time.