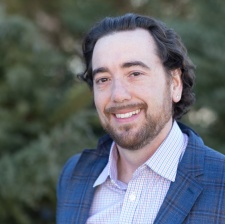 AbleGamers is launching a new scheme to place accessibility champions within development studios.

CEO Mark Barlet told PocketGamer.Biz that the charity will be adding a new section to its recently-launched Accessibility portal, Accessible.games, aimed at getting Accessible Play Experience Practitioners embedded within studios.

“The next big thing we’re working on is we are launching a certification program aimed at the industry called Accessible Play Experience Practitioners,” said Barlet. “Basically, it is to be certified in the APX model.”

The APX model is already the backbone of Ablegamers’ efforts in accessibility and provides a framework for developers to work from.

Barlet hopes that by planting certified experts in studios, accessibility can become a foundational pillar of projects - with developers and directors taking on access concerns far earlier in a game’s life.

“We’ve found that once we embed champions within the studio space, accessibility becomes a really cheap thing to add," he said.

The charity has already been in touch with dozens of triple-A studios and hopes to fully launch the APX Practitioners feature to Accessible.games later this year.

“You’re gonna see on Accessible.games, by autumn, another box pop up for us to start doing this certification program," said Barlet. "We’ve already pre-sold over 400 seats for this program.”

Our full interview with Barlet will be available to read in the coming days.

This story first appeared over on PocketGamer.Biz

Catering for disabled people in games is potentially good for business, according to Nopia's Prehn

Accessible.games is a new community-driven resource site from AbleGamers