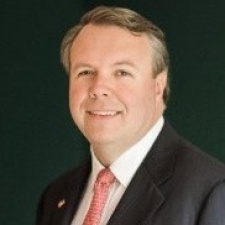 The Icelandic games firm says that it is looking into further evidence on the allegations of insider trading and the breaking of non-disclosure agreements, going on to say that it is prepared to make a "full and frank apology" if Schoeneman is vindicated.

"Following this statement, we have held further discussions with the affected parties," CCP wrote.

"We have also been conducting an internal review to substantiate the evidence available to us and evaluate our handling of the situation. We intend to share a full follow-up statement next week.

"Transparency, fairness and trust is of utmost importance to us, which is why we’re issuing this brief update while also taking the time to ensure that we conduct a thorough investigation. We understand that there are many questions lingering over the incident, and we want to assure you that we take this matter very seriously. Both the sanctity of the CSM and the relationship we have with our players is of paramount importance to CCP.

"As should be expected, we will issue a full and frank apology for any mistakes for which we are responsible, as well as provide appropriate reparations to those affected by any erroneous actions we’ve taken."

Original story - 9/4/2019: Icelandic game company CCP has banned an actual former United States politician from both Eve Online and its in-game parliament, according to a post by the developer.

Brian Schoeneman, who goes by Brisc Rubal in-game, was elected to the Council of Stellar Management (CSM) in June 2018, but has been blocked from both Eve Online and that parliament over allegations of insider trading to make money in-game and breaking an NDA.

These allegations were brought to CCP by the CSM itself.

Two other users, going by the handles Pandoralica and Dark Shines, have also been banned for one year each.

Brian Schoeneman's election campaign to the CSM leaned heavily on his real-life political experience. He ran for election to Virginia's House of Delegates District 37 back in 2011 but lost to incumbent Democratic rep David Bulova. Today he serves as the political and legislative director for the Seafarers International Union.

"The CSM is built on trust and we expect a high level of confidentiality from each member at all times," community developer Kamil Wojtas wrote.

"This requirement is imperative for a few reasons. Firstly, to ensure uninterrupted, close collaboration as we work together on setting up EVE Online for the best possible future. Secondly, to not have our players worry that information shared with the CSM is misappropriated and that the non-disclosure agreement is respected. Lastly, to provide all council members with a safe environment where they can freely discuss all the game-related matters without the risk of details being passed on outside the closed circle.

"It is further extremely disheartening that a very productive and respected member of the council committed this infraction. However, we won’t let this hinder the great impact that the CSM had on New Eden, CCP and the community and are determined to continue improving the CSM in the future.

"We would like to take the opportunity to thank CSM 13 for their transparency and their respect for the council as an institution, which was demonstrated by their coming together to condemn this kind of behaviour and report it to CCP."

In a post on Reddit, Schoeneman has insisted that he is innocent of the accusations levelled at him.

" I am innocent of these allegations. I have not, and would not, violate the NDA I signed after being elected to the CSM. I have not provided any proprietary information furnished by CCP to me as a CSM member to anyone," he wrote.

"Immediately upon receipt of the email, I contacted CCP Dopamine and CCP Falcon to request information about the ban. As of the time of this writing, I have received no response from any one at CCP in response to my repeated inquiries. The lack of communication, transparency, and due process coupled with the rush to publicize my removal is indefensible and damaging to my reputation.

"As an attorney and a public figure in the United States, my ethics and reputation are regulated by a code of professional responsibility and statutory law, unlike CCP's opaque community team. As a licensed attorney for nearly a decade, I have never had a complaint filed against me. I have served in positions of public trust in the United States Government and have never had a complaint filed against me. The claims that I would risk my reputation by providing proprietary or otherwise confidential information to members of my own alliance for personal gain are false.

"These baseless charges have had an immediate and negative impact on not only my in-game reputation but my out of game reputation. I have spent the last year working hard on behalf of the community that elected me to represent their interests to CCP. I have done so diligently, attending more than 95 per cent of all of the meetings and conference calls that have taken place. There is no reason why I would jeopardise all of that by violating my word, putting my reputation on the line, and risking all of this to provide a fellow player with an unfair advantage in the game."