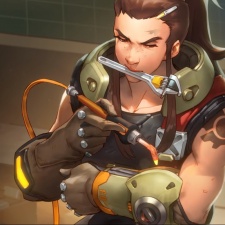 Adding positive incentives to Overwatch has cut disruptive behaviour by 40 per cent.

Speaking at GDC yesterday, Blizzard researcher Natasha Miller gave an insight into how the company is using social features to promote positive behaviour in the competitive shooter. The first tool described was in fostering positive behaviour for reporting players while sending warnings to those racking up verified reports.

“We wanted to give them a chance to change their behaviour after we penalized them,” said Miller. "How do we go about preventing these behaviours? We did research in the form of focus groups and surveys."

The endorsement system, a way in which players can endorse both teammates and sporting opponents, is an extension of this positive feedback loop to encourage good behaviour. The system tracks an endorsement level, sustained through consistently receiving endorsements, and may occasionally reward loot based on this level.

“If you’re not consistently getting endorsements, if you slip up, you’re not going to get endorsements and your level is going to slip. This often causes players to want to get that level back and keep going, which offers a path to redemption."

Miller ended with a breakdown on stats, claiming somewhere between 50 to 70 per cent of players were giving out endorsements. Since the system was launched last June, Blizzard has reported a 40 per cent reduction in matches that contained disruptive behaviour.

Endorsements made their impact known quickly, with abusive chat reports dropping by up to 26 per cent within a month of implementation.

Hero bans are coming to Overwatch