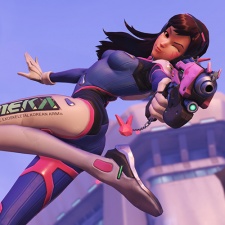 US games giant Blizzard has lost another high-profile developer in Chacko Sonny.

As reported by Bloomberg, the executive producer of the Overwatch franchise and Blizzard vice president is leaving the company after five years. Prior to this, Sonny held roles at Activision's Beachhead Studio, Sony Santa Monica and Savage Entertainment.

"Chacko Sonny is leaving Blizzard to take some time off after 5 years of service," a Blizzard rep said.

"The deep, talented Overwatch team is making excellent progress on Overwatch 2, and thanks to their hard work, the game is in the final stages of production. We’ll be sharing more at the Overwatch League Grand Finals later this month."

Him leaving also comes in the wake of Activision Blizzard being the shadow of a number of controversies. The firm is being sued by California's Department for Fair Employment and Housing in a lawsuit that alleges a toxic working culture.

Meanwhile, the publishing giant is also the subject of a complaint to the National Labor Relations Board from the Communications Workers of America union. As if that wasn't enough, then there's the small matter of Activision Blizzard being investigated by the US Securities and Exchange Commission.