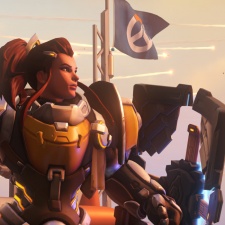 The Overwatch team has unveiled an endorsement system meant to encourage good behaviour.

Overwatch game director Jeff Kaplan announced the system in one of his regular video updates (below). Players will be able to “endorse” other players at the end of the round, choosing from one of three categories - sportsmanship, shotcalling, and good teammate. The system hopes to encourage and reward players who behave in a positive manner, helping out their team and guiding them through matches. Sportsmanship can be applied to opposing players too, hopefully smothering some of the more inflammatory cross-team chatter.

Endorsements will be publicly visible, although the specifics of how they’ll appear aren’t clear. Receiving a silence or suspension from game moderators will wipe a player’s endorsement level, and rewards may be given out occasionally to those who keep up the good behaviour.

The update will also include a “looking for group” system for finding teammates. Kaplan stressed that this won’t be replacement matchmaking - instead, players can search through a list of teams, owners of which can specify role assignments and specify how they want to play. Also featured are the standard balance changes, alongside a rework of oft-maligned map Horizon: Lunar Colony. The character roster is also seeing a shakeup, merging offense and defense heroes into one “damage” category.

Blizzard has been keeping a close eye on player conduct, particularly as the Overwatch League continues to attract scandal. Recently, the studio spoke of using machine learning to track and combat negative behaviour patterns. Dealing with the growing enormity of the game’s community has been “downright scary and intimidating” for Kaplan and crew, they readily admit.

The patch is currently live on public test, with an expected drop in the next few weeks.