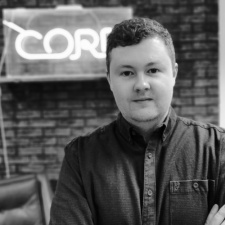 The CEO and founder of Laced Records and MD of Cord Worldwide Danny Kelleher (pictured) says that business is booming, with audio services revenue rising "tenfolds".

Speaking to PCGamesInsider.biz at GDC, the exec explained that Laced, the video games record he founded, used to do supervision work for indie developers and publishers, while Cord focused on audio services for film and TV.

With the company's acquisition by Keywords Studios, video games audio supervision moved to Cord and there certainly seems to be a huge amount of demand for its services - helped by both the aforementioned acquisition and PlayStation vet Alistair Lindsay coming on board in February.

These factors have also helped the company attract some bigger fish than before, too.

"I used to use Cord's staff and expertise to help on those jobs while we were establishing the record label," Kelleher said.

"All of Laced was video games-based. At the time, Cord was not doing anything in video games. When we started talking to Keywords about the acquisition, the plan was for me to move all the supervision business at Laced into Cord and Laced would just be focused on being a record label essentially. We've gone from working - at Laced - on a few small projects, maybe four or five games a year on supervision with quite small independent budgets - following Alistair joined - we're talking in terms of revenue, with certain projects, by tenfolds to what we were doing before."

Lindsay added: "We're pitching on triple-A titles now as well which is quite interesting because we didn't expect that. We thought we'd have a target to aim at, which sector of the market, but things come to you and you go: 'Okay, we could do that'. It's been an interesting and slightly unexpected."