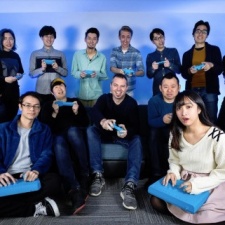 The investment comes headed up by Berlin-based esports investment firm Bitkraft Esports, marking a major milestone in Western investment for Japanese competitive gaming. Playbrain will use the funding to accelerate growth and increase headcount.

Additionally, Playbrian will put the bulk of funds towards operation and support of the League of Legends Japan League, which it runs alongside Riot Games as the largest esports league in Japan.

We see ourselves as a bridge connecting the Japanese competitive gaming community to the rest of the world,” said PlayBrain founder Mike Sheetal.

“The investment from Bitkraft Esports Ventures will enable us, and the Japanese esports market as a whole, to gain more ground in the global esports industry by developing the next generation esports cultural products born out of Tokyo’s distinct youth culture and helping foreign brands effectively enter, and engage, with Japan’s gaming community.”

Bitkraft founding partner Malte Barth added: “With a $19 billion games market, Japan is a sleeping giant in esports and is finally waking up and recognizing its potential to become one of the largest markets globally next to China and the US.”