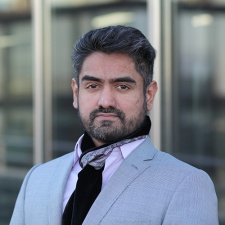 Cloud tech firm Hadean has stressed that it hasn’t missed the boat by taking a little more time to release.

While companies like Improbable have very quickly appeared to have dominated the cloud-gaming space with its SpatialOS tool, Hadean is still confident about its chances. In fact, it’s precisely because it wasn’t the first to ship that Hadean feels it may have the upper hand.

"You could say the same thing about Facebook coming after MySpace," CEO Craig Beddis told PCGamesInsider.biz.

"You could say the same thing about Google coming after Yahoo. We’ve looked at what other companies operating in the same space have done and we’ve learnt key lessons from that. At Hadean, we’ve been very careful and very deliberate with our approach with our tech. We’ve been very selective about who we work with and the approach we’ve taken has been collaborative. Despite us being an early stage company, that’s already yielding fantastic results and the market is already embracing us as a result of our considered approach."

CTO Rashid Mansoor (pictured) added: "In spite of outside competition we are very confident in our unique approach to address distributed computing at its heart and to develop a game and simulation engine that is idiomatic for the games industry. Our operating system gives us an enormous edge in scalability compared to technology stacks built on Linux or Windows servers.

"This allows us to build a distributed game engine with an API and architecture similar to what is typically expected and offered by traditional non-distributed engines such as Unreal or Unity. We are skeptical of any attempts to achieve real-time distributed simulations at scale without a fundamental approach such as ours which takes into consideration the issues arising at an operating systems level and up. Given our combined prior experience in traditional approaches to distributed computing we believe it to not be a scalable long-term technology approach."

Hadean is very confident in its product’s ability to not only meet, but surpass, the standards set by its rival. The company has already attracted partnerships from the likes of CCP, who have used Hadean’s cloud tech to create a 10,000 player Eve: Online demo deathmatch that will be shown off at GDC this year.

Beddis continued: “Hadean is still very much an early stage company. Our product is very much early doors as well. But it’s also why people like Microsoft and CCP are very attracted to Hadean because we genuinely have a cloud-first OS.”