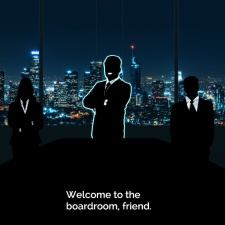 The work of Vienna-based sole developer James Patton, Spinnortality places players in the role of a shadowy CEO at the head of an immortality-research firm. In a blog post, Patton dove deep into the numbers following the game’s launch last month.

Patton’s response to success has been quietly optimistic. Spinnortaility might not have been a breakout success on the level of Minecraft, in his words, but it’s proven that there’s still space for solo creators to find a niche - if they’re lucky.

“The indiepocalypse has not made it impossible for newcomers to successfully break into the field," he said,

"But I suspect a lot of that was down to the people who supported me, particular opportunities that came up which may not be reproducible for others, and luck.”

“I have now made enough money to keep doing what I love, but without a huge financial cushion. That’s ok, and I can work with that, but I’m a little nervous about the future now.”