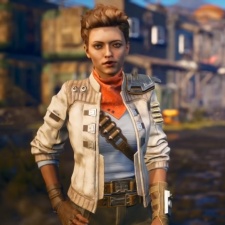 RPG developer Obsidian has “three-ish” teams working on new games behind its doors.

Speaking to Game Informer, Obsidian CEO Feargus Urquhart discussed life at the company in the wake of its acquisition by Microsoft last year. While the firm is currently working on Fallout-esque RPG The Outer Worlds and further Pillars of Eternity content, there are at least two more projects in the works we’re yet to hear about

"We have The Outer Worlds team, which is the majority of our development," said Urquhart. "We saw the small group of people that are finishing up in Pillars of Eternity. And then we have two other teams that are starting things up."

Additionally, Urquhart implied that preliminary work on a sequel to The Outer Worlds is already underway. While he couldn’t confirm who would own publishing rights for future games in the series post-acquisition, Urquhart strongly suggested that the IP won’t stop at one game.