Simulation specialist Dovetail denies rumour that it was looking to IPO 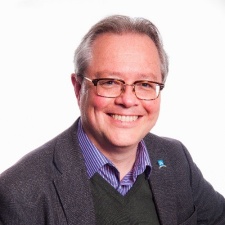 Chatham-based simulation specialist Dovetail Games has denied reports that it was looking to be the next British games company to go public.

Industry sources had told PCGamesInsider.biz that the Train Simulator and Fishing Sim World company was eying up an IPO last year but that this hadn't come to pass.

The Times also reported last year that Peel Hunt was apparently brought in to broker the deal.

However, CEO Paul Jackson OBE has told PCGamesInsider.biz that "at no point" has the company started the process of going public.

"I would like to make it clear that Dovetail Games has at no point in the past initiated an IPO," he said.

"The company is scaling rapidly and profitably, and is considering all options as it looks to further accelerate its growth."

The developer and publisher started life in 2008 as RailSimulator.com, rebranding to Dovetail Games in December 2013.

Had Dovetail gone public in 2018, it would have been the third British games firm to float, following in the footsteps of indie label Team17, valued at $290m, and Codemasters, ($371m). Sheffield's Sumo Digital did its own IPO in December 2017 with a $194m valuation.

Meanwhile, London-based digital retailer Green Man Gaming announced in September 2018 that it intended to float later that year with a valuation of $128m. These plans were delayed with financial industry analysts pointing to tough market conditions. $40m had also dropped from the storefront's valuation.

Research by Digi-Capital said that globally, the amount of money raised by video game company IPOs sank by 90 per cent between 2017 and 2018.

Speaking to PCGamesInsider.biz last year, the managing director of investment banking firm Liberium Neil Patel - who has helped both Elite Dangerous maker Frontier Developments and Codemasters go public - said that investors are looking for 'top of vertical' companies to IPO, meaning firms that are best in class in their particular niche. Dovetail certainly fits that bill, focusing on the simulation game genre.

Patel also reiterated what Codies boss Frank Sagnier said following that company's flotation, that digital has provided stability for a market that was historically far too hit-driven.

Oh, and incidentally, Rebellion boss Jason Kingsley OBE told PCGamesInsider.biz in August 2018 that he has no intention of taking the 2000AD and Sniper Elite firm public.