The Kinect is now a $400 small-form PC peripheral 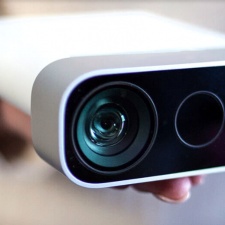 Microsoft has resurrected the Kinect as a $399 desktop PC peripheral.

While the Kinect may have lost the long battle to win over fans on the Xbox One and 360 consoles, it was surprisingly popular amongst researchers and developers on the PC. After discontinuing production of both the device and adaptor between 2017-2018, Microsoft has brought back the Kinect.

The new Azure Kinect Developer Kit includes a lineup of AI sensors lifted straight from the newly-announced Hololens 2, a seven-microphone array, and both a 12-megapixel RGB and 1-megapixel depth camera. The device will utilize Microsoft’s cloud tech, and the company hopes AI research firms will be first to grab one of the new devices.

Healthcare firm Ocuvera is Microsoft’s first partner for the AKDK. By using the device with a number of AI algorithms, staff can be alerted towards a patient who may be about to fall and step in before it happens.

The Azure Kinect Developer Kit is currently available for preorder in the US and China for $399.