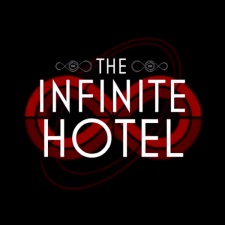 2018 was a record-breaking year for The Big Indie Pitch, one in which our sister competition The PC Indie Pitch grew exponentially too. In fact, last year we visited eight different locations, and witnessed over 100 developers pitch their latest developments to a variety of international expert judges.

However, we're not resting on last year's achievements, and at our flagship PC Indie Pitch at PC Connects London 2019 we invited an all-time-high number of PC indie developers to the show in order to show their latest works.

This year saw over 20 developers battle it out to be crowned the second ever PC Indie Pitch at PC Connects London, a title that was eventually awarded to 2017's mobile-focused Big Indie Awards winner Italic Pig, for their brand new game The Infinite Hotel. This is a PC-based VR title set inside a quirky inter-dimensional holiday resort.

For those not in the know, the PC Indie Pitch is a regular event run by the makers of PCGamesInsider.biz. It gives indie developers the chance to pitch their games to industry experts and journalists in a speed-dating-style format. Teams get the opportunity to get valuable feedback on their games, as well as win great prizes such as promotional packages and the coveted PC Indie Pitch bat.

Of course, The Infinite Hotel as you already know was the winner, but we always award prizes for the top three. So read on to not only find out more about The Infinite Hotel, but also our second and third place prize winners too.

Welcome to the Infinite Hotel, where nothing ever ends. Described as the finest holiday resort in the universe, The Infinite Hotel boasts a never-ending number of rooms, activities, services, and maybe most importantly diverse intergalactic clientele.

Taking inspiration from the likes of Job Simulator, Papers Please, and Grim Fandango to name but a few, The Infinite Hotel is an unpredictable, character-driven, vertical VR adventure taking place almost entirely inside an elevator. One in which players must do their best to meet the needs and desires of all of the guests, even when things have become exponentially chaotic.

First pitched at last year's PC Indie Pitch at PC Connects London, NeuroSlicers is a highly tactical cyberpunk RTS that came back stronger and blew the judges away with the updates that have been achieved in 12 months. The gameplay itself focuses on fast, macro and total information gameplay, with matches being short and snappy thanks to a 5-10 minute session length. Additionally, players can also expect changing global objectives, boss battles, and a dark cyberpunk narrative campaign. For anyone who enjoys PvP, co-Op and single player gameplay all blended into a strong story-based experience, then this is certainly a game to watch out for.

Returning this year after walking away with one of our top 3 prizes last year as well, BFF or Die is a crazy, colourful, and all-round comfortable couch-based co-op puzzle game suitable for all ages and skill levels. In this title, you take control of a group of time travelling aliens who have been sent to Earth as part of a dangerous rescue mission. One in which the group of travellers will have to use all their wits, agility, and technology as a team in order to overcome the obstacles they face and return home together.

More coming soon so make sure to regularly check our upcoming events page here and over on BigIndiePitch.com

The PC Indie Pitch interviews: Dream Harvest discuss opening up the RTS genre for everyone with NeuroSlicers