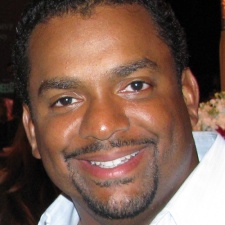 The Fresh Prince of Bel-Air star filed a lawsuit against Epic Games last December. While the suit was enough to spook Microsoft into removing its Carlton dance from Forza Horizon 4, Epic may have nothing to fear.

Before taking Epic to court, Ribeiro and his lawyers first had to file for copyright over the dance move itself. But according to a letter uploaded by the Hollywood Reporter, the US Copyright Office has refused his claim of ownership on the dance.

“Upon review of the material deposited for registration, we must refuse registration for The Dance by Alfonso Ribeiro - Variation B because the work submitted for review is a simple dance routine,” said the US Copyright Office.

No one can own a dance step

The distinction made is that Ribeiro’s dance is too short to be considered a choreographed work, which can be registered for copyright where individual dance moves can not.

This shut down has consequences for the wider fight against Epic Games’ appropriation of dance moves, all of which may be considered too short to be legally owned by any one artist. The Fortnite maker has already fired back at rapper 2 Milly, who is largely credited as kicking off the fight against footwork theft.

At the time, Epic claimed: “No one can own a dance step. Copyright law is clear that individual dance steps and simple dance routines are not protected by copyright, but rather are building blocks of free expression, which are in the public domain for choreographers, dancers, and the general public to use, perform, and enjoy."