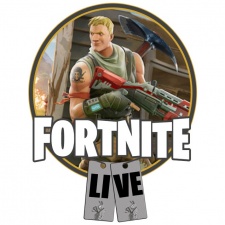 Epic Games has brought down the full force of law on Fortnite Live organiser Exciting Events.

But while a shabby event using a popular brand name to lure in customers is hardly breaking news, Epic Games has since stepped in to ensure the integrity of its battle royale brand. It announced plans to take legal action against Fortnite Live, and distanced itself from the event, in a statement released shortly after it occurred.

"The quality of our player experience is incredibly important to us, whether it's inside the game or at official public events like last year's Fortnite Pro-Am,” the company said in the statement.

“Epic Games was not in any way associated with the event that took place in Norwich and we've issued a claim against the organisers in the High Court of London."

Eurogamer reported that an initial email sent to customers from Exciting Events head Shaun Lord commented that two more planned Fortnite Live events were planned to go ahead as intended, “even after all of the national publicity and personal abuse and threats experienced by the directors and family of the business."

But as the email continues, Lord revealed that Epic Games stepped in to make sure its IP would no longer be used in further Exciting Events shows. That appears to have had a catastrophic impact on the events company’s ability to operate.

Lord wrote: “In response to the media frenzy, Epic Games have now forced the shut down of the two pre-booked Fortnite Live events, with the immediate removal of all promotional communication from the public domain.

"These proceedings by Epic Games has had a catastrophic impact on the company's ability to trade, which has forced Exciting Events Limited to cease all trading activities immediately and the director of Exciting Events will now seek to limit the losses to third parties as far as possible."

Epic bringing legal proceedings is a change of pace; the company has been threatened with lawsuits a fair bit in the last few years. A lawsuit was brought against the Fortnite firm by PUBG Corp over similarities between that game and its own Playerunknown's Battlegrounds. Those legal proceedings have since been withdrawn, but several parties are suing Epic Games over their dance moves appearing in Fortnite.