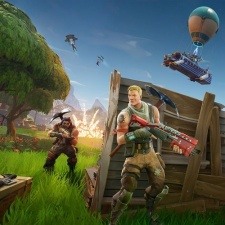 It's been a mixed week for North Carolina Fortnite maker Epic as the firm settles one lawsuit over cheating in the battle royale game while another is filed against it over fears of the title's potential addictive qualities.

According to a settlement agreement reported by TorrentFreak, Epic has settled its lawsuit against a YouTuber named only 'CB' - who is a minor - accused of not only cheating within the game and making videos of it, but also making a website to sell said hacks. The settlement was agreed on September 27th in the US District Court for the Western Division of North Carolina's Eastern District.

The case was brought by the Fortnite maker in the summer with CB filing a motion to dismiss based on him being not only being from a different state, but also being a minor and having no apparent connection to Epic. That ultimately fell through thanks to Epic arguing that the defendant had agreed to the game's terms and conditions.

What Epic and CB have agreed to is not mentioned in the linked document, but it's likely that the defendant will be paying out damages - cash - to Epic.

This is not the first time that Epic has taken legal action against a cheater in Fortnite. Back in December 2017, the firm took action against Charles "Joreallean" Vraspir, with the latter agreeing to never infringe copyright again as well as not cheating in Fortnite. There's a $5,000 fine hanging over him if he does any of the above.

Days after settling its suit against CB, Montreal law firm Calex Légal representing two minors has brought a suit against Epic claiming that the game maker made Fortnite "as addictive as possible," comparing its effects to cocaine - which is potentially rather hyperbolic.

Not only that, the lawyers are claiming that Epic did not warn its users about the addictive qualities of its battle royale hit, with the firm relying on legal precedent set out by a 2015 Quebec Superior Court ruling that slammed tobacco firms for not warning consumers about cigarettes for being addictive.

"Epic Games, when they created Fortnite, for years and years, hired psychologists — they really dug into the human brain and they really made the effort to make it as addictive as possible," attorney Alessandra Esposito Chartrand said.

"They knowingly put on the market a very, very addictive game which was also geared toward youth."

She continued: "In our case, the two parents that came forward and told, 'If we knew it was so addictive it would ruin our child's life, we would never have let them start playing Fortnite or we would have monitored it a lot more closely."

Furthermore, Epic's terms of service for Fortnite say to play the game, users must give up the right to take the company to court either individually or as part of a class-action suit. Chartrand, however, says this doesn't stand up in court in Quebec.