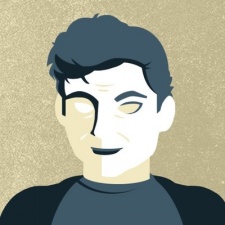 The studio wrapped up its first year of existence with a lengthy blog post on the story so far. In the piece, Weather Factory co-founder Alexis Kennedy discussed the financial side of running an independent studio over the last 12 months.

“With Cultist, we wanted to experiment with some ideas about melding narrative and mechanics,” said co-founder Alexis Kennedy. “We wanted to try to maximise emotional effect with really minimalist, pithy writing; we wanted to make a game where understanding the game was itself the game.

“So our commercial goals this year: to release Cultist Simulator as quickly as possible in order to get a revenue stream and start building a name for the studio.”

While the game has sold more than 100,000 copies, the number of actual players may be far, far higher. As part of its deal with Humble, Cultist Simulator was included (without royalties to Weather Factory) in Humble’s Monthly Bundle. 500,000 keys went out for free and the knock-on effect has been very visible for Weather Factory.

“It’s hard to say how much is the effect of being in the Humble Monthly, because we’ve recently had the winter sales and a major free update to the game, but our daily sales numbers about doubled the day that the Humble Monthly hit, and they’re still at the same level nine days later.

Steam was dominant when it came to sales across Cultist Simulator’s four different distributors and Weather Factory still believes that indies of its scale are dependant on the platform. Whether that holds true going forward, however, is a matter of debate.

“I think Valve has been an unusually benign market hegemon as market hegemons go (if you disagree with this, think about how almost anyone else in tech with an effective monopoly has behaved; think about Microsoft in the 90s)," said Kennedy.

“But it’s still a market hegemon. So I’m very glad to see competition, even though it’s going to mean a more complicated landscape for us little folk, and it isn’t going to lead to any kind of golden era of discoverability.”

The post concludes with a tease at future plans. Weather Factory has three projects in the works right now, codenamed Ophir, Procopius, and “That Damn Library Game”. There’s likely to be a Kickstarter for one of these three this year.

Kennedy concluded: “Our next project will probably be a notch higher-budget than Cultist – same sort of scope, but slightly more adventurous UI and a few months of polish. I’ve never really made a game with polish. So we’ll be growing the team. I expect we’ll be four full-timers at the end of 2019.”