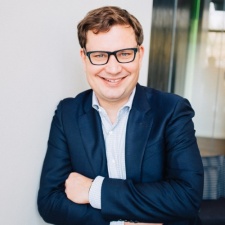 We finally have an idea of the impact of Xbox's Game Pass subscription service on releases.

The Sydney Morning Herald spoke with Matt Percy (pictured), Microsoft's head of planning for the all-you-can-eat platform, who said that users spend 20 per cent more time playing games when using this service and play 40 per cent more different projects.

This, Percy says, is down to consumers being drawn to the platform by one franchise or title and suddenly being exposed to a whole variety of games that they might not have heard of.

"People are drawn to the biggest brands and the stuff that they know. But with Game Pass we’re really giving them a wider taste and getting people to follow or look at a wide variety of franchises," he said.

"People might come for Halo but then discover they love Ashen. That’s a really good thing for us as a platform".

One example cited by the subscription boss is Curve Digital's Human Fall Flat, which has been played for over three million hours with 40 per cent of users having not played a puzzle game before.

Percy went on to say that big titles see the number of active users playing their game double after heading into Game Pass, while older releases see an average of a six times increase in users - but as much as 32 times.

The exec also says that Game Pass can work as a marketing vehicle, citing Bethesda's decision to enter both 2016's Doom and the original Rage into Game Pass ahead of the launches of sequels, Doom Eternal and Rage 2. This results in a pre-orders rising by 25 per cent, with overall franchise sales rising 10 per cent.

This is an extension of the way that publishers on Xbox One have used that platform's backwards compatibility feature, too.

SMH also spoke to Dan Greenawalt from Forza studio Turn 10, who said that an active user base is more important than the number of people who bought a game - something that PCGamesInsider.biz has been arguing for some time now.

"Last time we announced numbers for Forza, we were upwards of 8 million players in a given month," he said.

"That kind of tonnage of players gives you a tremendous amount of leverage to create new experiences. If you have the community … business will follow".

It's worth noting that these are just success stories for Game Pass to make us think positively about the subscription service business model.

While there is no doubt that streaming and subscription services are a part of the video games industry's future, there are concerns about how creators are going to be impacted by the business model.

A  far lower barrier to entry thanks to cloud tech and streaming taking the onus off whatever hardware consumers own somewhat, meaning a much wider audience, but there remain questions about how creators are going to be compensated and discovered.

Netflix, for example, pays an upfront fee for content, while Spotify tends to shell out revenue to artists based on how many minutes of music are listened to. Some all-you-can-eat services in the games industry have adopted the latter option, which leaves indie developers wondering if they could get stranded on a crowded platform receiving little to no attention. Note that much of the Sydney Morning Herald's piece is discussing big name brands like Doom, Tomb Raider and Forza.

A lower barrier to entry should translate to more eyeballs and thus a higher likelihood of people seeing a studio's creation, but depending on such a platform's discovery engine, it could also result in the successful being more successful while games which don't have the best launch remain unnoticed.