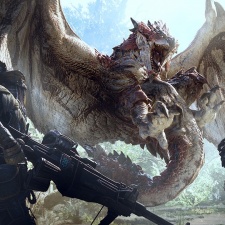 Less than a year after its January launch, the hit hunting game reached 11.9 million sales. It’s likely that, by the time of writing right now, it may have breached the 12 million mark.

The milestone places it in a secure spot not only at the top of the Monster Hunter’s 14-year history, but Capcom’s catalogue entirely. Resident Evil 5 surprisingly follows with 7.4 million sales. Interestingly, five of the publisher's Top Ten selling games are from the Monster Hunt franchise.

At almost 12 million copies sold, Monster Hunter World counts for over 20 per cent of the franchise’s total 53 million lifetime units sold - though it’s hard to tell if that’s across just the five mainline games, or if it includes the nine spin-off titles

Capcom has been punching its best on PC lately. Outside of slashing ‘saurs, the remake of Resident Evil 2 has become that series’ strongest launch on Steam so far. The publisher’s games were the highest-reviewed releases of 2018, according to Metacritic.