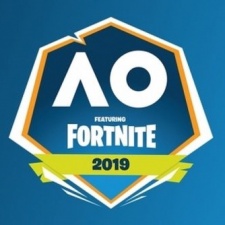 Tennis won’t be the only game to headline this year’s Australian Open.

The Aussie event is one of the biggest events on the Tennis calendar, one of the four Grand Slam events across the globe to highlight top tennis players. In 2019, it appears the Australian Open will (if briefly) replace rackets for rocket launchers in a $700,750 (500,000 AUD) Fortnite Tournament.

Fortnite Pro players will compete in a $560,600 (400,000 AUD) solo tournament, while content creators, athletes, and celebrities take part in a $140,150 (100,000 AUD) charity duos event in what the Australian Open calls “the largest competitive gaming event in Australian history”.

In lieu of qualifiers, the solo event will give places to the first 500 eligible players to register. Qualifying heats take place on Saturday, with a six-match final event taking place on Sunday. The charity event follows the finals with a three-match showdown.

The event comes shortly after Epic Games announced the opening of a new studio in Australia and New Zealand. For a country that has often been hostile towards gaming, headling a video game at one of the year’s big sports events is something of a huge deal.

More information on the AO Fortnite Summer Slam is available on the event’s site.