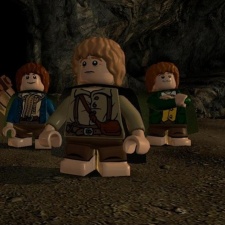 Two gaming adventures into Middle Earth have found themselves removed from digital stores.

LEGO Lord of the Rings and LEGO The Hobbit have been delisted from Steam, as well as the PS4 and Xbox online marketplaces, and are no longer available for purchase online. Customers who have already purchased the games on these platforms will still retain ownership, however.

The removals were first discovered by Reddit user SuperMoonky and may come down to expired licensing agreements. Other Warner Bros. published Lord of the Rings titles, like Middle-earth: Shadow of War, remain on sale.

But the LEGO titles are wrapped in a web of licensing between toys and film. These games featured dialogue and soundtracks directly ripped from the Peter Jackson adaptations of the JRR Tolkien novels.

This may be something of a warning for LEGO’s other licensed film games, including Harry Potter and Indiana Jones - both of which used a similar technique of ripping movie audio straight into the game.