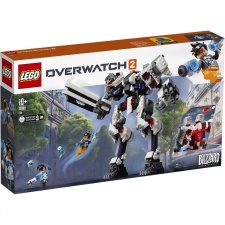 Lego has delayed the release of an upcoming Overwatch 2 set due to the allegations of harassment and toxicity at Activision Blizzard.

In a statement to The Brick Fan, the firm said that the Overwatch 2 Titan set was not going to be released on February 1st as initially planned. Lego is also apparently reviewing its partnership with Activision Blizzard.

"We are currently reviewing our partnership with Activision Blizzard, given concerns about the progress being made to address continuing allegations regarding workplace culture, especially the treatment of female colleagues and creating a diverse and inclusive environment," Lego said in a statement.

"While we complete the review, we will pause the release of a LEGO Overwatch 2 product which was due to go on sale on February 1, 2022."

This comes in the wake of several lawsuits being filed against Activision Blizzard related to the poor treatment of women and other minorities at the company.