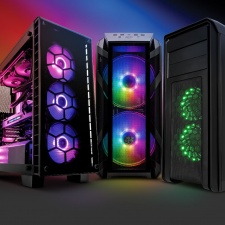 Asus’s Aura Sync v1.07.22 RBG controller was found to be at risk after the firm found vulnerabilities in the company’s GLCKIo and Asusgio drivers. SecureAuth’s report (via BleepingComputer) shows that intruders could possibly run code with elevated privileges through these exposures.

But both Asus and Gigabyte have been reluctant to admit to the flaws. Asus responded to say all vulnerabilities were fixed, but a later note confirms that only one vulnerability had been patched.

Gigabyte meanwhile denied that any vulnerabilities existed in the first place.

“Gigabyte responded that, according to its PM and engineers, its products are not affected by the reported vulnerabilities,” said a SecureAuth report timeline.

Both companies have failed to fix the reported flaws within the disclosure period - an agreed upon time where companies have time to fix a flaw before reporting its existence. That may put users of the afflicted software at increased risk now the vulnerabilities have been made public.