Steam now sells games in Australian dollars, but some publishers missed the memo 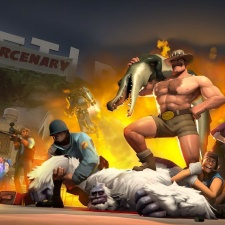 Steam has added Australian dollars to its list of supported currencies.

The Australian currency was added to Steam’s list of supported payment options today, in time for the platform’s latest mass sale. All store purchases made in the country will now need to be made in AUD.

Australian users who previously held wallet balance in USD have had their funds converted to AUD at a rate dictated by market value at the time of conversion.

In a blog post, Valve noted that it’s possible some games may be temporarily unavailable for purchase until the publisher sets a price in AUD, setting some guidelines for pricing. Until now, Australian customers paid in US Dollars but often at a more expensive rate.

It looks like some significant publishers missed the notice, however. As Kotaku reports, big names like Microsoft and Konami have failed to include AUD pricing on games. Pathfinder: Kingmaker developer Owlcat games, meanwhile, has set Aussie pricing for the game’s Season Pass but not the base game itself.

Valve and Australia have something of a troubled relationship. The PC giant was sued by the Australian Competition Consumer Commission which alleged that the company was misleading consumers. Valve claimed it was not selling products in Australia - despite having 2.2m consumers in the region when the case was heard in 2016.

At the end of 2017, Valve was fined AU$3m - a decision that the firm appealed - only to lose and pay a $2.3m fine. The Washington-based company posted a statement in the wake of this legal drama detailing what rights Australian consumers have.