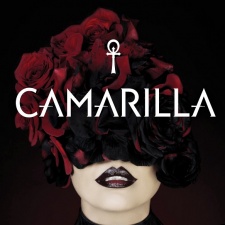 The publisher acquired White Wolf in 2015. While it always intended to integrate the RPG producer down the line, one recent event has accelerated the decision. White Wolf will now exist solely as a brand management firm for its World of Darkness properties.

Paradox's VP of business development Shams Jorjani will take on the role of interim manager, and explained that this decision was made following an offending passage in the soon-to-be-released V5 Camarilla handbook.

"White Wolf will no longer develop and publish these products internally," said Jorjani, in a statement. "This has always been the intended goal for White Wolf as a company, and it is now time to enact it."

In the handbook, White Wolf explains that the Russian republic of Chechnya is run by a secret vampire group. The real-world atrocity of gay men being kidnapped, imprisoned, tortured and killed by the State is downplayed, framed as a deliberate distraction by the supernatural shadow-government.

Jorjani continued: “The World of Darkness has always been about horror, and horror is about exploring the darkest parts of our society, our culture, and ourselves. Horror should not be afraid to explore difficult or sensitive topics, but it should never do so without understanding who those topics are about and what it means to them.”

“Real evil does exist in the world, and we can’t ever excuse its real perpetrators or cheapen the suffering of its real victims.”

A spokesperson for Chechnyan Head of the Republic Ramzan Kadyrov also chimed in against White Wolf, albeit with a political slant that likened White Wolf’s cheapening of the purges to those who initially accused the state of performing them.

According to Crime Russia, the official stated: “This is a continuation of the campaign to slander Russia and Chechnya. I am sure that the same organization that claimed about the persecution of sexual minorities stands behind it.”

Sales and printing of the V5 Camarilla handbook have been put on hold until copies can be amended.