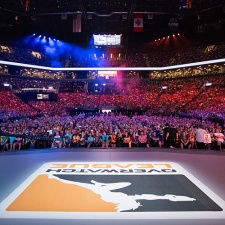 Five team names and logos appear to have surfaced for five of next season’s new Overwatch League teams.

Reddit user BetterFixThat has claimed that, after digging around in the Overwatch League app’s API, these new teams will be named Hangzhou Spark, Washington Justice, Paris Eternal, Guangzhou Charge and Chengdu Hunters.

The only team name now missing from a leaked list on Reddit is Vancouver. The leak also includes what may be team logos for the new franchises (below).

BetterFixThat claims to have made the discoveries by guessing names of teams in the Overwatch League app. That app has also been attributed to the leaking of another team name and brand, Atlanta Reigns.

As usual, these leaks can’t be entirely trusted, but there’s some credibility to at least one of them. Another source on Reddit revealed that Paris franchise owner DM Esports has applied to trademark the name Paris Eternal with the United States Patent and Trademark Office.

Overwatch League matches are online-only for March and April