Sean Bean will die in Hitman 2 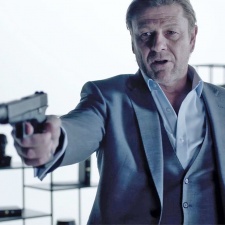 Hitman 2 players will be given the chance to take down famously unkillable big-screen actor Sean Bean.

Echoing his performance as 006 in 1995 James Bond film Goldeneye, Bean takes on the role of former-MI5 agent-turned-assassin Mark “The Undying” Faba. In a short teaser video (below), Bean explains his notorious knack for evading mortality, before turning a gun on a would-be assailant.

Hitman’s elusive targets give players a brief window of time to kill a special character and featured heavily in IO Interactive’s 2016 reboot. Bean isn’t even the first celebrity to take on Agent 47. Back in July 2016, players were given the opportunity to gun down Hollywood actor Gary Busey - playing himself.

The Undying mission goes live on November 20th, a week after Hitman 2 launches, and will stay up for two days. That gives players only 48 hours to accomplish the never-before-seen act of having Sean Bean die in a piece of media. Shocking stuff.